Some are on the internet calling it extra, but we call it Black Pride!

I’ve never seen so many beautiful black people dressed and showing pride in their roots. Looking like Black Royalty! I loved the African drum intros as beautiful African Kings came walking into the theatre. I loved the group of people with an entire dance routine to one of Kendrick Lamar’s new songs from the Black Panther soundtrack. I loved the Prince and kings of Zamunda. The extraness of my beautiful black people made my heart smile! This goes to show you how if we come together we can be amazing. We can make history.

After seeing Black Panther my heart was ready to burst with pride. I didn’t really see the movie with any expectations, but it exceeded any expectation I could have had. The movie was filled with so many messages that I had a field day discussing with my friends. I loved T’Challa’s great heart, Killmonger’s revenge, and the beautiful scenery, but nothing tops the women of Wakanda. They stole the show with their intelligence, beauty, sisterhood, and their strength.

We are heroes! We are courageous!

The women of Wakanda were the true heroes of the Black Panther movie. Okoye. Nakia. Shuri. The Dora Milaje. Queen Ramonda. These women didn’t need superpowers to give them strength. One thing that black women have always been is strong! We were born and raised this way. Without the Queens of Wakanda, Okoye in particular, I don’t know who would have stood by and protected King T’Challa. Through every battle and every challenge, his thorough team of Queens were along side of him. Supporting him and making sure that he was always taken care. They were always there to help save both the King and Wakanda. 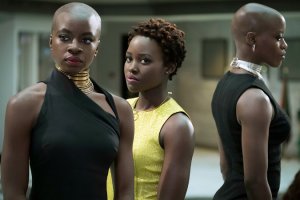 We are not our hair!

Their bald heads and their undeniable beauty spoke volumes in such a self-absorbed society, where you hair defines your beauty. Most women are insecure without their hair and wear it as a security blanket to make themAselves feel beautiful. Some of them wouldn’t dare cut their hair in fear of looking too masculine. When Okoye snatched her wig off and threw it as she prepared to battle, I yelped in excitement. To her wearing that wig was a dishonor and it showed us that hair isn’t that important. We are not our hair. Hair doesn’t make or break us. Oh and I can’t leave without speaking about all of the beautiful natural hairstyles seen in the film. From the mini Bantu like style that Nakia wore to the longer styles that other women wore.

We are the backbone!

Women have always been the backbone. I don’t believe Black Panther would be as powerful as he was without the group of women around him. Shuri was the mastermind behind the black panther suit, the cars that helped him chase down his enemies, and anything else technology wise that he needed help with. Nakia and Okoye were the warriors who were always at his side when it came time to battle. When Killmonger overthrew T’Challa, it was the women whom believed in him and helped him through. Although, tradition says that they should be loyal to their current King, they chose to be loyal to T’Challa. Without the loyalty of Nakia, Shuri, Okoye, and the women of the Dora Milaje, T’Challa wouldn’t have conquered Killmonger. 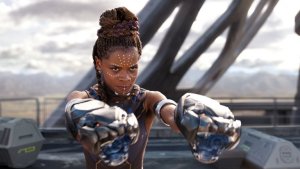 Shuri is a genius and the mastermind behind Black Panther’s super suit, accessories, and the advancement in technology in Wakanda. It was so exciting to see women thriving in the world for being intelligent. They didn’t make her to be a typical “nerd” tech guru, but instead made her to be your relatable teenage girl with braids, a cool sense of humor, and she’s King T’Challa’s baby sister. She brought life to the movie with her confidence, quirky sense of humor, and bubbly personality. 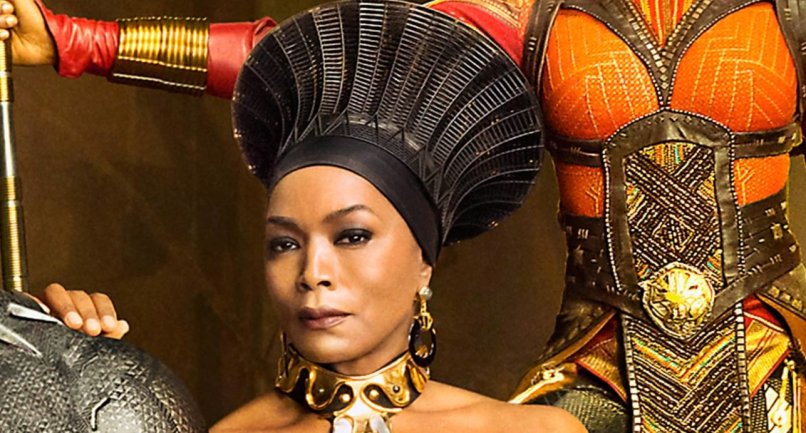 Ladies take notes from Black Panther. We are all Queens. We are unstoppable. We are the past, present, and the future. We have the strength to do anything we put our minds to. Nothing will ever stop us for progressing and taking over the world. So let’s keep working!

This site uses Akismet to reduce spam. Learn how your comment data is processed.